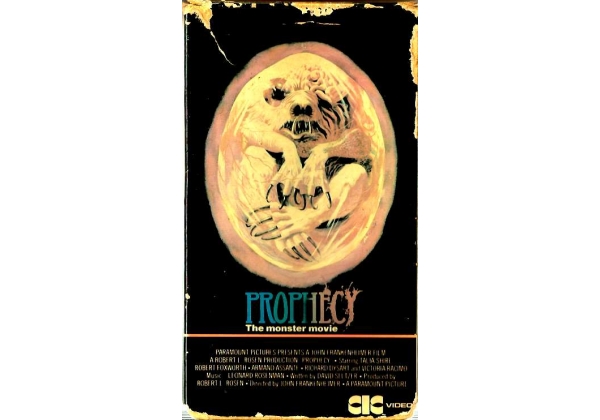 Sleeve Sypnosis:
PROPHECY is a contemporary story of stark terror. Robert Foxworth and Talia Shire star as an idealistic doctor and his wife who, at the request of a concerned friend, travel to Maine to research the impact of the lumber industry on the local environment. They begin to investigate a succession of mysterious and terrifying events, ecological freaks of nature [including fish that grow many times their normal size], and a series of bizarre and grisly human deaths. Veteran suspense director John Frankenheimer manages to present PROPHECY as a monster movie as well as a suspenseful tale about the deadly forces which result from the pollution of our environment.

Or find "Prophecy" on VHS and DVD / BluRay at Amazon.