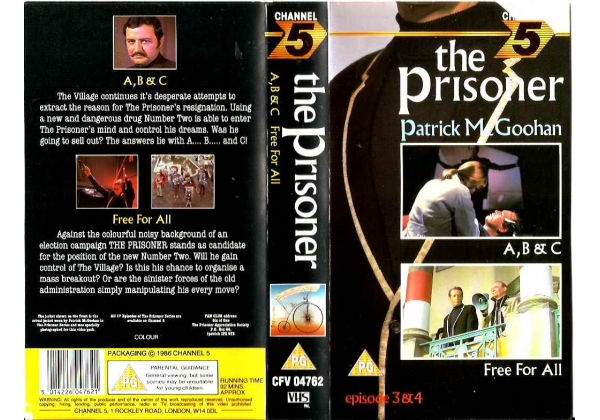 The Village continues it's desperate attempts to extract the reason for The Prisoner's resignation. Using a new and dangerous drug Number Two is able to enter The Prisoner's mind and control his dreams. Was he going to sell out? The answers lie with A.... B.... and C!

Against the colourful noisy background of an election campaign THE PRISONER stands as a candidate for the position of the new Number Two. Will he gain control of The Village? Is this his chance to organise a mass breakout? Or are the sinsiter forces of the old administration simply manipulating his every move?