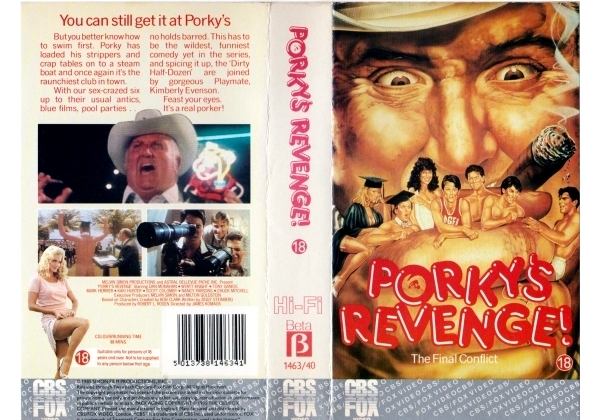 Sleeve Sypnosis:
You can still get it at Porky's

But you better know how to swim first. Porky has loaded his strippers and crap tables on to a steam boat and once again it's the raunchiest club in town. With our sex-crazed six up to their usual antics, blue films, pool parties..no holds barred. This has to be the wildest, funniest comedy yet in the series, and spicing it up, the 'Dirty Half-Dozen are joined by gorgeous Playmate, Kimberly Evenson. Feast your eyes. It's a real Porker!

Or find "Porky's Revenge!" on VHS and DVD / BluRay at Amazon.