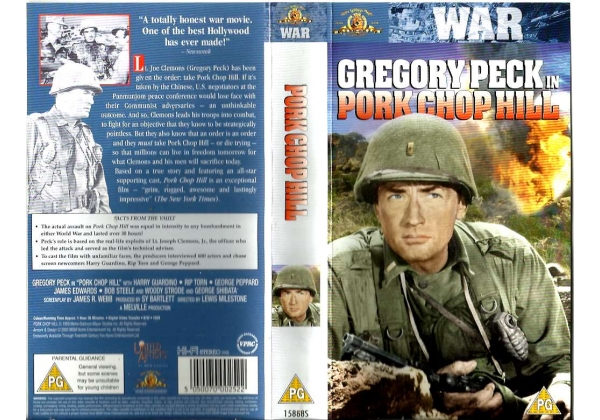 Sleeve Sypnosis:
"A totally honest war movie. One of the best Hollywood ever made!"
- Newsweek

Lt. Joe Clemons (Gregory Peck) has been given the order: take Pork Chop Hill. If it's taken by the Chinese, U.S. negotiators at Pannmunjom peace conference would lose face with their Communist adversaries - an unthinkable outcome. And so, Clemons leads the troops into combat, to fight for an objective that they know to be strategically pointless. But they also know that an order is an order and they must take Pork Chop Hill - or die trying - so that millions can live in freedom tomorrow for what Clemons and his men will sacrifice today. Based on a true story and featuring an all-star supporting cast, Pork Chop Hill is an exceptional film - "grim, rugged, awesome and lastingly impressive" (The New York Times).