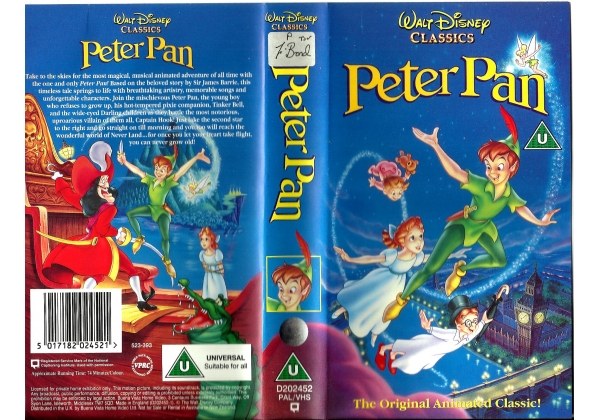 Sleeve Sypnosis:
Disney's liberal adaptation of J.M. Barrie's famous story has now become a classic in its own right. It tells the story of what happens when Peter Pan, the boy who refuses to grow up, visits the Darling family nursery and takes the children on a magical journey to Never Never Land. When they arrive they become embroiled in an ongoing battle between Peter, his friends the Lost Boys, and the wicked Captain Hook, a pirate who has lost his hand and his watch to a hungry crocodile.