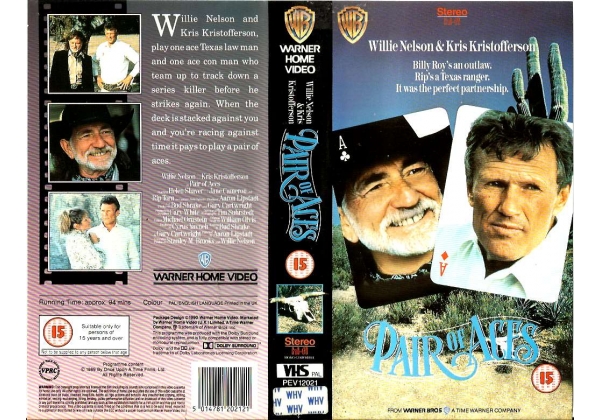 Sleeve Sypnosis:
Billy Roy's an outlaw.
Rip's a Texas ranger.
It was the perfect partnership.

Willie Nelson and Kris Kristofferson, play one ace Texas law man and one ace con man who team up to track down a series killer before he strikes again. When the deck is stacked against you and you're racing against time it pays to play a pair of aces.

© Once Upon A Time Films, Ltd

Or find "Pair of Aces" on VHS and DVD / BluRay at Amazon.