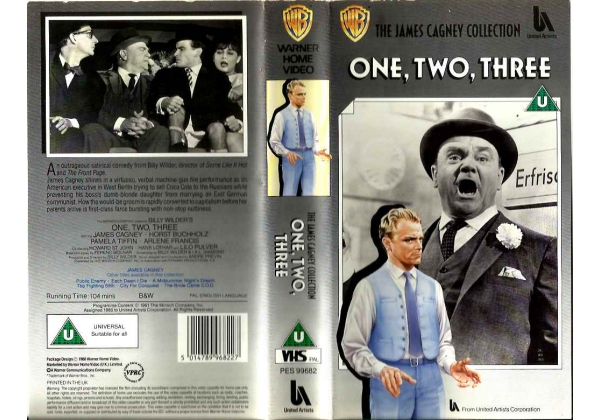 Sleeve Sypnosis:
An outrageous satirical comedy from Billy Wilder, director of Some Like It Hot and The Front Page. James Cagney shines i a virtuoso, verbal machine-gun fire performance as an American executive in West Berlin trying to sell Coca-Cola™ to the Russians while preventing his boss's dumb-blonde daughter from marrying an East-German communist.

How the would-be groom is rapidly converted to capitalism before her parents arrive is first-class farce bursting with non-stop nuttiness.

Or find "One, Two, Three" on VHS and DVD / BluRay at Amazon.