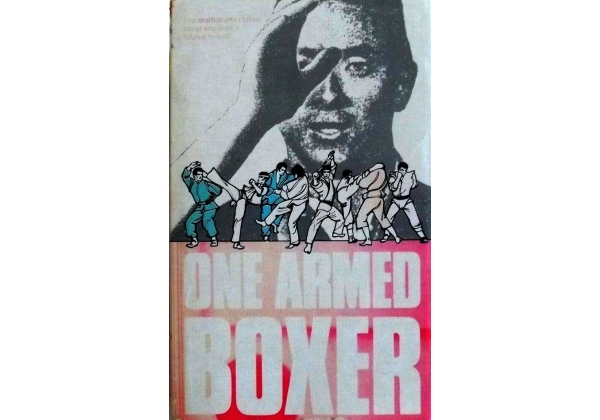 Sleeve Sypnosis:
The martial arts classic about one man's refusal to quit!
A unusual and exciting story that features a whole range of martial arts - Including Thai Boxing, Judo, Karate, Taikwando - and some devastating one armed tactics performed by our hero Yu Tien-Lung. Yu loses an arm in the fierce fighting which ensues when a vicious gang attacks the boxing school where he is a student. He is lucky. His teacher and other students are killed. Nursed back to health by a young girl whose father is a boxing expert, Yu quickly learns enough about one-armed combat not only to defend himself, but to wreak a terrible vengeance on the entire gang.

Rank
Cat No:
0083B
Distributor
Rank

Or find "One Armed Boxer" on VHS and DVD / BluRay at Amazon.