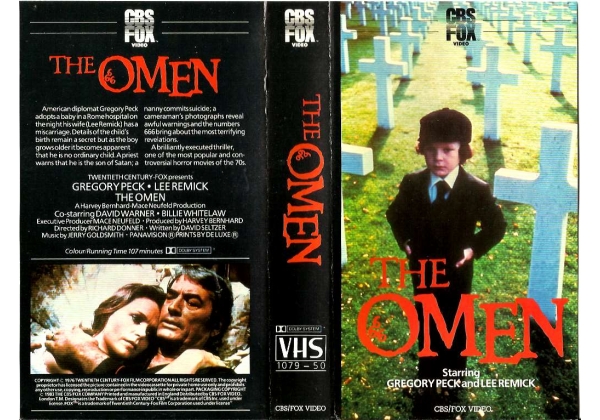 Sleeve Sypnosis:
An American diplomat Gregory Peck adopts a baby in a Rome hospital on the night his wife (Lee Remick) has a miscarriage. Details of the child's birth remain a secret but as the boy grows older it becomes apparent that he is no ordinary child. A priest warns that he is the son of Satan; a nanny commits suicide; a cameraman's photographs reveal awful warnings and the numbers 666 bring about the most terrifying revelations.

A brilliantly executed thriller, one of the most popular and controversial horror movies of the 70's.