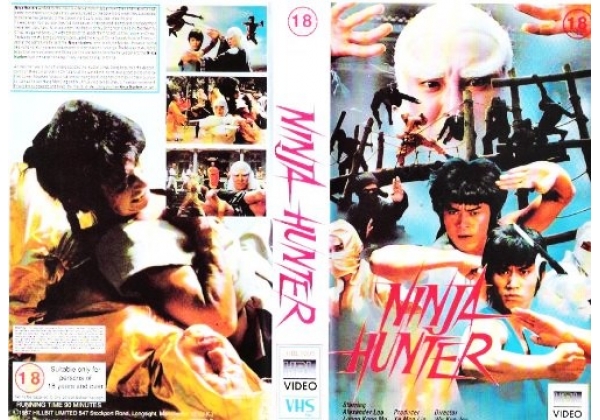 Sleeve Sypnosis:
Ninja Hunters worked for the individual Governors in Japan to kill their enemies with high speed movement and mostly they were pursued by the Governors when they succeeded to become Generals of the Government as to keep their mouths shut.

To keep away from pursue, they hid themselves in the isolated islands and practised their movement very hard. All of a sudden, the Master of Wu Dong from China invited them to China to against Shieu Lin with condition to assist them to set up their power in China.

The Master of Wu Dong cunningly persuaded the King of China Dynasty to burn Shieu Lin and at the same time he sent the Ninja Hunters there to kill the Monks. However some like Hung Hai Kun escaped and awaited for the chance for revenge. The Master of Wu Dong knew that he must overcome Shieu Lin if he wanted to become the Leader and the Ninja Hunters had the same thinking if they wanted to stay in China.

All most ten years, ninja hunters assisted the master of Wu Dong to pursue the decendants of Shieu Lin all over in China and at the same time, he trained up people to enforce their power; however he could not find out Hung Hai Kun as he hid himself in the mountain to train up his son Hung Man Ding and Wu Ah Biu to practise Shieu Lin special movement.

Finally the succeeded and killed the master of Wu Dong and the Ninja Hunters as well.

Or find "Ninja Hunter" on VHS and DVD / BluRay at Amazon.