Next of Kin
Atlantis 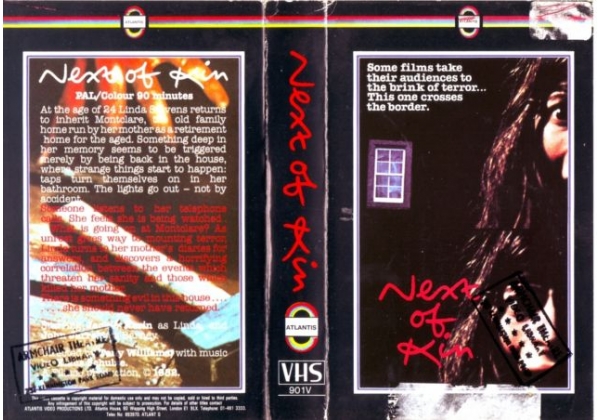 Sleeve Sypnosis:
Some films take their audiences to the brink of terror... This one crosses the border.
At the age of 24 Linda Stevens returns to inherit Montclare, the old family home run by her mother as a retirement home for the aged. Something deep in her memory seems to be triggered merely by being back in the house, where strange things start to happen: tapes turn themselves on in her bathroom. The lights go out - not by accident. Someone listens to her telephone calls. She feels she is being watched. What is going on at Montclare? As unrest gives way to mounting terror; Linda turns to her mother's diaries for answers, and discovers a horrifying correlation between the events which threaten her sanity and those which killed her mother. There is something evil in this house... ...She should never have returned.