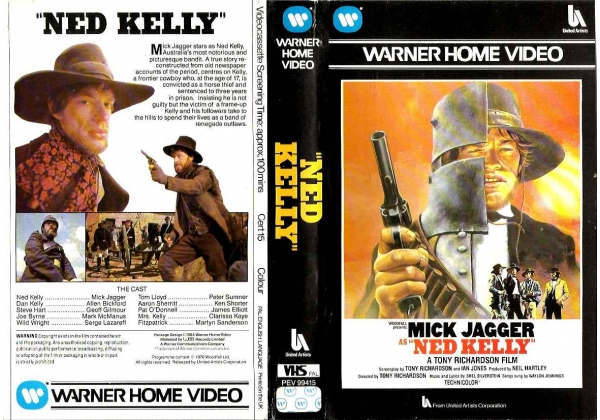 Sleeve Sypnosis:
Mick Jagger stars as Ned Kelly, Australia's most notorious and picturesque bandit. A true story re-constructed from old newspaper accounts of the period, centres on Kelly, a frontier cowboy who, at the age of 17, is convicted as a horse thief and sentenced to three years in prison. Insiting he is not guilty but a victim of a frame-up Kelly and his followers take to the hills to spend their lives as a band of renegade outlaws.

Or find "Ned Kelly" on VHS and DVD / BluRay at Amazon.