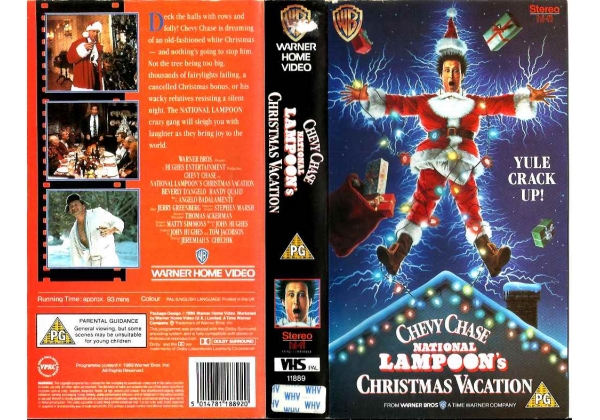 Sleeve Sypnosis:
Deck the halls with rows and folly! Chevy Chase is dreaming of an old-fashioned white Christmas -and nothing's going to stop him. Not the tree being too big, thousands of fairylights failing, a cancelled Christmas bonus, or his wacky relatives resisting a silent night. The NATIONAL LAMPOON crazy gang will sleigh you with laughter as they bring joy to the world.

Or find "National Lampoon's Christmas Vacation" on VHS and DVD / BluRay at Amazon.