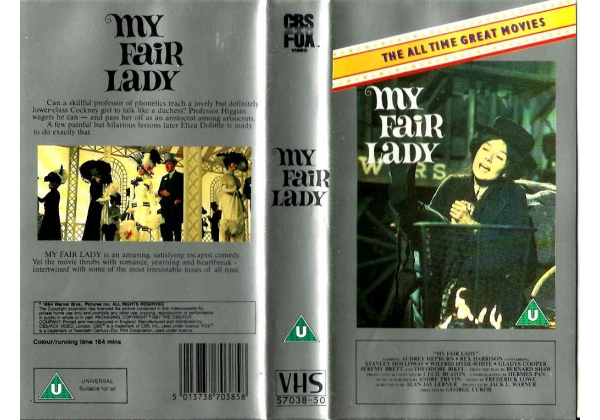 Sleeve Sypnosis:
Can a skillful professor of phonetics teach a lovely but definitely lower-class Cockney girl to talk like a duchess? Professor Higgins wagers he can - and pass her off as an aristocrat among aristocrats. A few painful but hilarious lessons later Eliza Dolittle is ready to do exactly that.

MY FAIR LADY is an amusing,satisfying escapist comedy. Yet the movie throbs with romance, yearning and heartbreak - intertwined with some of the most irresistable tunes of all time.

Or find "My Fair Lady" on VHS and DVD / BluRay at Amazon.