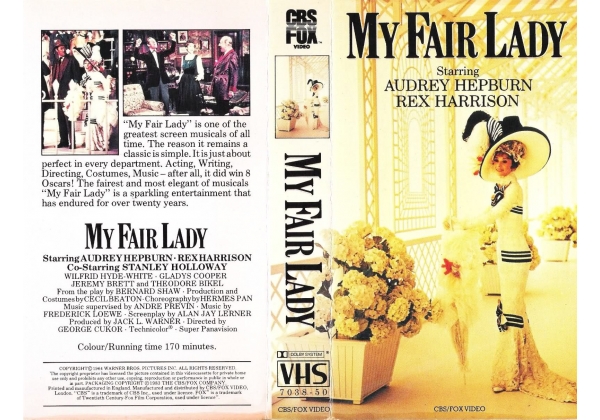 Sleeve Sypnosis:
“My Fair Lady” is one of the greatest screen musicals of all time. The reason it remains a classic is simple. It is just about perfect in every department. Acting, Writing, Directing, Costumes, Music — after all, it did win 8 Oscars! The fairest and most elegant of musicals “My Fair Lady” is a sparkling entertainment that has endured for over twenty years.

Or find "My Fair lady" on VHS and DVD / BluRay at Amazon.