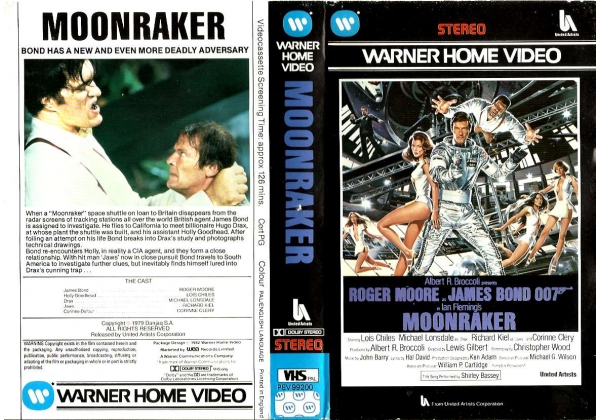 Sleeve Sypnosis:
When a Moonraker space shuttle on loan to Britain disappears from the radar screens of tracking stations all over the world British agent James Bond is assigned to investigate. He flies to California to meet billionaire Hugo Drax, at whose plant the shuttle was built, and his assistant Holly Goodhead. After foiling an attempt on his life Bond breaks into Drax's study and photographs technical drawings. Bond re-encounters Holly, in reality a CIA agent, and they form a close relationship. With hit man jaws now in close pursuit Bond travels to South America to investigate further clues, but inevitably finds himself lured into Drax's cunning trap.