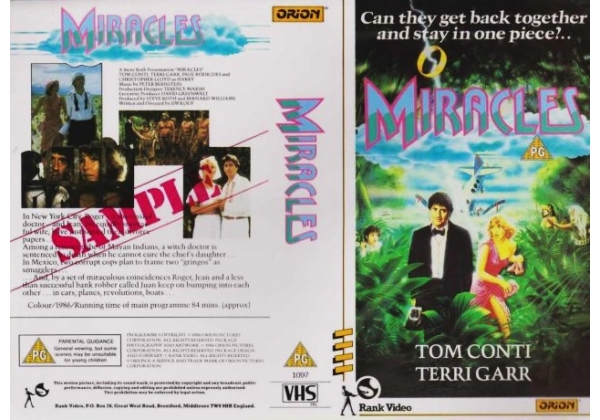 Sleeve Sypnosis:
Can they get back together and stay in one piece?...

In New York City, Roger - a successful doctor - and Jean, his equally successful wife, have just signed their divorce papers... Among a remote tribe of Mayan Indians, a witch doctor is sentenced to death when he cannot cure the chief's daughter... In Mexico, two corrupt cops plan to frame two "gringos" as smugglers. . .And, by a set of miraculous coincidences Roger, Jean and a less than successful bank robber called Juan keep on bumping into each other...in cars, planes, revolutions, boats...

Or find "Miracles" on VHS and DVD / BluRay at Amazon.