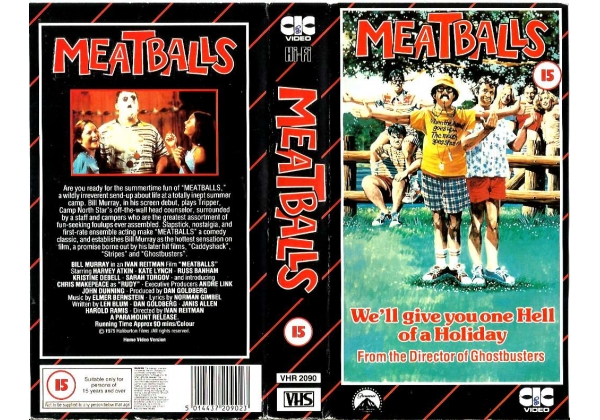 Sleeve Sypnosis:
We'll give you one Hell of a Holiday

From the Director of Ghostbusters

Are you ready for the Summertime fun of "MEATBALLS," a wildly irreverent send-up about life at a totally inept summer camp. Bill Murray, in his screen debut, plays Tripper, Camp North Star's off-the-wall head counselor, surrounded by a staff and campers who are the greatest assortment of fun-seeking foulups ever assembled. Slapstick, nostalgia, and first-rate ensemble acting make "MEATBALLS" a comedy classic, and establishes Bill Murray as the hottest sensation on film, a promise borne out by his later hit films, "Caddyshack" "Stripes" and "Ghostbusters".