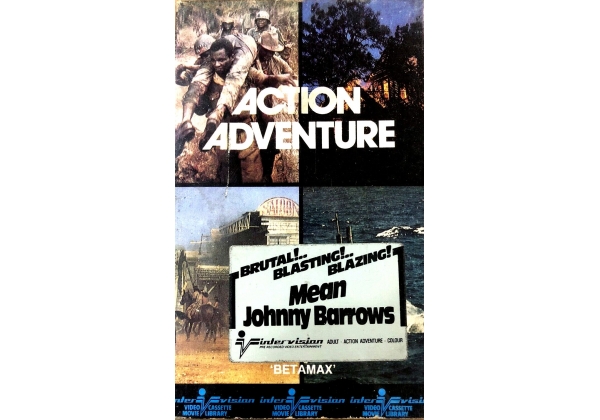 Sleeve Sypnosis:
s
BRUTAL!.. BLASTING!.. BLAZING!
When Johnny Barrows (FRED WILLIAMSON) returns to his home town after being dishonorably discharged for striking Captain O'Malley (AARON BANKS), his commanding officer, the glory of the past and the adulation of the town for their athletic super-hero has vanished. Unable to find any kind of honest work and reacting to everyone's new attitude of shunning and despising him, Johnny becomes "town bum" and is only befriended by the Professor (ELLIOTT GOULD). Mario Racconi (STU WHITMAN), son of Don Racconi (LUTHER ADLER), head of one of the town's rival Mafia families, and an old football buddy of Johnny's, tries to persuade him to turn his strength and skills into dollars by becoming the family's hitman against their arch enemy, the DaVinci family, who is headed by Don DaVinci (ANTHONY CARUSO) and his sons Carlo DaVinci (MIKE HENRY) and Tony DaVinci (RODDY McDOWALL).

Johnny persistently refuses Mario's offers but continues to hang around the family restaurant because of his attraction to Nancy (JENNY SHERMAN), the girl who works for the Racconi family. Through underlying scenes, the audience learns that Nancy is really the lover of Tony DaVinci and is his spy against the Racconi family. Together they plan to enrage both families to the point of murdering each other so that they can take over everything.

The DaVinci family brutally attacks and seriously injures Mario Racconi and kills his family. As a subterfuge, Nancy pretends to be kidnapped and Johnny is finally enraged to the point of accepting Mario's offer and goes after the DaVinci's. When the family is killed off and Johnny feels that he can finally settle down and give up the killing at the outskirts of town to tell her of his plans to start a new life. She finally betrays herself to him and in her anger, kills him. As Nancy is leaving the hilltop, she steps on and triggers a land mine, which she had forgotten was intended to kill Johnny.

Or find "Mean Johnny Barrows" on VHS and DVD / BluRay at Amazon.