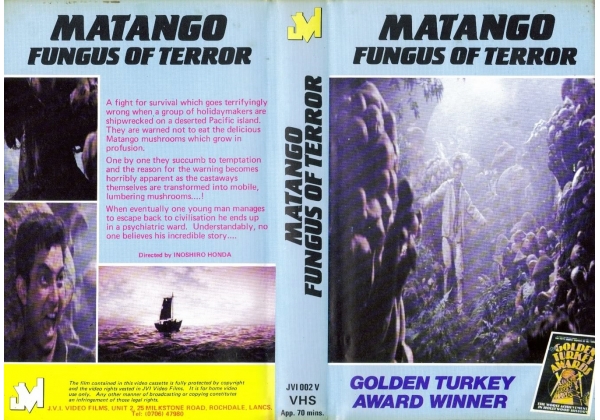 Sleeve Sypnosis:
A fight for survival which goes terrifyingly wrong when a group of holidaymakers are shipwrecked on a deserted Pacific island. They are warned not to eat the delicious Matango mushrooms which grow in profusion. One by one they succumb to temptation and the reason for the warning becomes horribly apparent as the castaways themselves are transformed into mobile, lumbering mushrooms....! When eventually one young man manages to escape back to civilisation he ends up in a psychiatric ward. Understandably, no one believes his incredible story....

Or find "Matango, Fungus of Terror" on VHS and DVD / BluRay at Amazon.