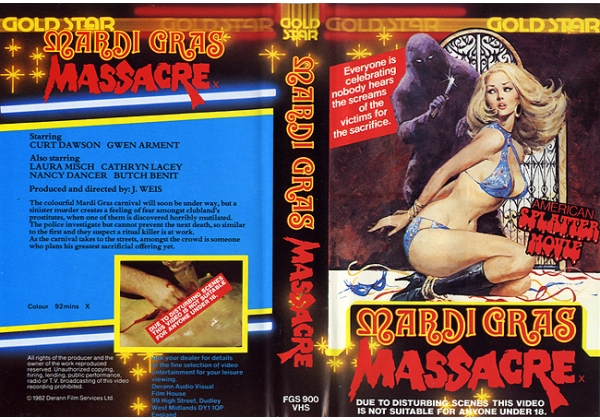 Sleeve Sypnosis:
The colourful Mardi Gras carnival will soon be under way, but a sinister murder creates a feeling of fear amongst clubland's prostitutes, when one of them is discovered horribly mutilated.

The police investigate but cannot prevent the next death, so similar to the first and the suspect a ritual killer is at work.

As the carnival takes to the streets, amongst the crowd is someone who plans his greatest sactificial offering yet.

Or find "Mardi Gras Massacre" on VHS and DVD / BluRay at Amazon.