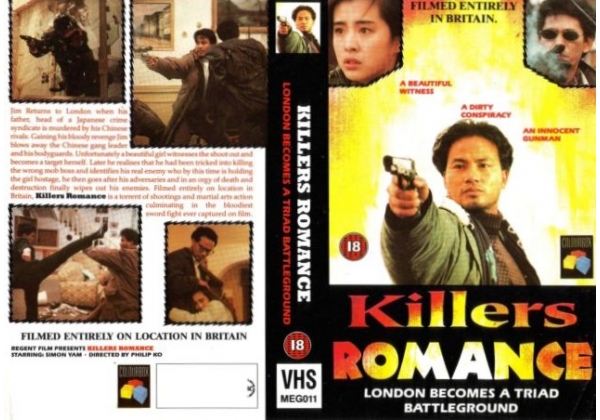 Sleeve Sypnosis:
Jim Returns to London when his father, head of a Japanese crime syndicate is murdered by his Chinese rivals. Gaining his bloody revenge Jim blows away the Chinese gang leader and his bodyguards. Unfortunately a beautiful girl witnesses the shoot out and becomes a target herself.

Filmed entirely on location in Britain, Killers Romance is a torrent of shootings and martial arts action culminating in the bloodiest sword fight ever captured on film.

Or find "Killers Romance" on VHS and DVD / BluRay at Amazon.