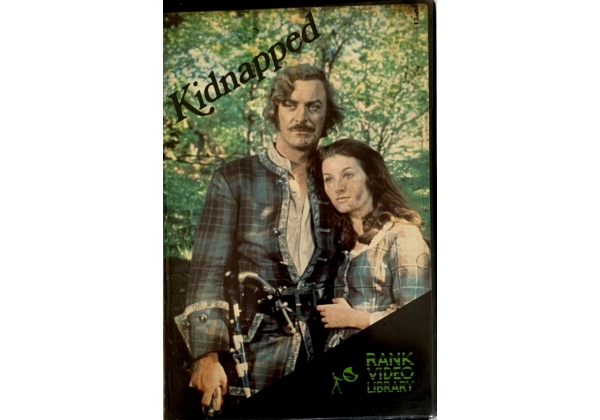 Sleeve Sypnosis:
The late Jack Pulman adapted two R. L. Stevenson novels, Kidnapped and Catriona, for the screenplay of Kidnapped. The result is a superb fast moving drama set against a dramatic Scottish backdrop in the turbulent times following the fearful battle of Culloden. Michael Caine is an utterly convincing Alan Breck the Jacobite rebel on the run. In fact the all star cast provide memorable performances throughout especially Jack Hawkins as the loathsome Captain Hoseason who cannot help smiling at the prospect of profit.

Or find "Kidnapped" on VHS and DVD / BluRay at Amazon.