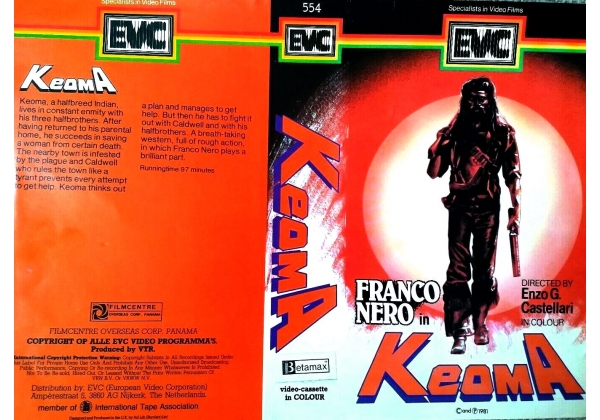 Sleeve Sypnosis:
Keoma, a halfbreed indian, lives in constant enmity with his three halfbrothers. After having returned to his parental home, he succeeds in saving a woman from certain death. The nearby town is infested by the plague and Caldwell who rules the town like a tyrant prevents every attempt to get help. Keoma thinks out a plan and manages to get help. But then he has to fight it out with Caldwell and with his halfbrothers. A breath-taking western, full of rough action, in which Franco Nero plays a brilliant part.

Or find "Keoma" on VHS and DVD / BluRay at Amazon.