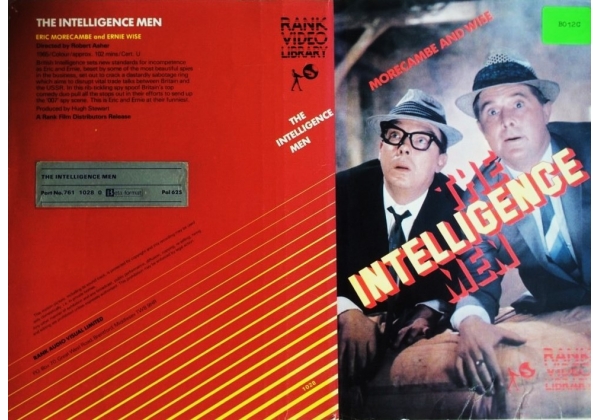 Sleeve Sypnosis:
British Intelligence sets new standards for incompetence as Eric and Ernie, beset by some of the most beautiful spies in the business, set out to crack a dastardly sabotage ring which aims to disrupt vital trade talks between Britain and the USSR. In this rib-tickling spy spoof Britain's top comedy duo pull all the stops out in their efforts to send up the '007' spy scene. This is Eric and Ernie at their funniest.

Or find "Intelligence Men, The" on VHS and DVD / BluRay at Amazon.