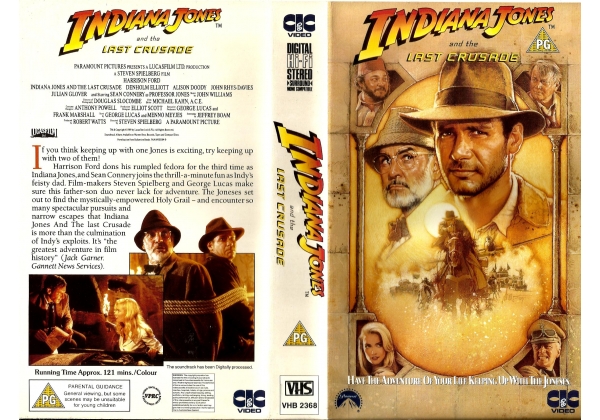 Indiana Jones And The Last Crusade

Or find "Indiana Jones And The Last Crusade" on VHS and DVD / BluRay at Amazon.