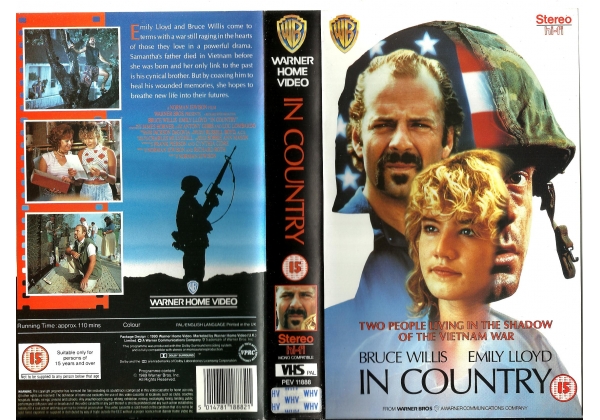 Sleeve Sypnosis:
TWO PEOPLE LIVING IN THE SHADOW OF THE VIETNAM WAR

Emily Lloyd and Bruce Willis come to terms with a war still raging in the hearts of those they love in a powerful drama. Samantha's father died in Vietnam before she was born and her only link to the past is his cynical brother. But by coaxing him to heal his wounded memories, she hopes to breathe new life into their futures.

Or find "In Country" on VHS and DVD / BluRay at Amazon.