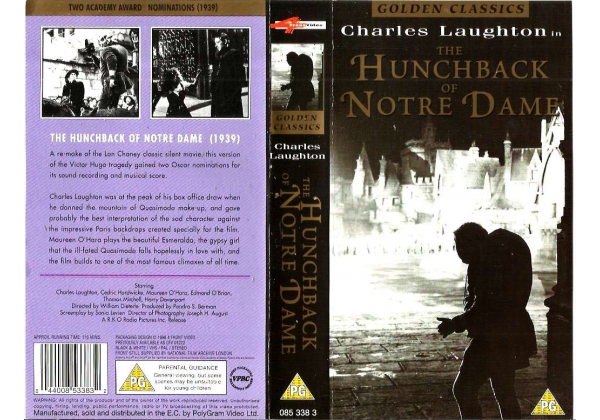 Sleeve Sypnosis:
A re-make of the Lon Chaney classic silent movie, this version of the Victor Hugo tragedy gained two Oscar nominations for its sound recording and musical score. Charles Laughton was at the peak of his box office draw when he donned the mountain of Quasimodo make-up, and gave probably the best interpretation of the sad character against the impressive Paris backdrops created specially for the film. Maureen O' Hara plays the beautiful Esmeralda, the gypsy girl that the ill-fated Quasimodo falls hopelessly in love with, and the film builds to one of the most famous climaxes of all time.