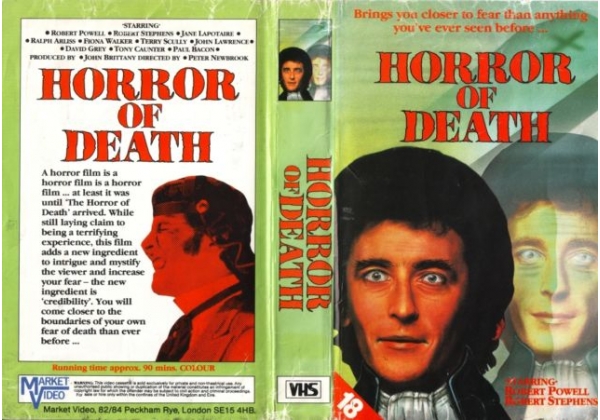 Sleeve Sypnosis:
A Horror film is a horror film... at least it was until 'The Horror of Death' arrived. While still laying claim to being terrifying experience, this film adds to a new ingredient to intrigue and mystify the viewer and increase your fear - the new ingredient is 'credibility'. You will come closer to the boundries of your own fear than ever before...

Or find "Horror of Death" on VHS and DVD / BluRay at Amazon.