History of Tom Jones, a Foundling, The
BBC Video 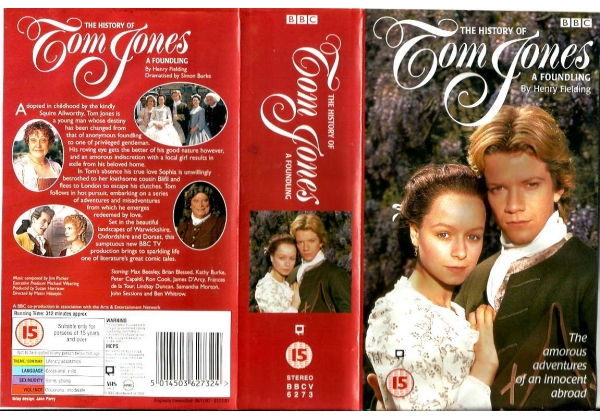 Sleeve Sypnosis:
The amorous adventures of an innocent abroad

Adopted in childhood by the kindly Squire Allworthy, Tom Jones is a young man whose destiny has been changed from that of anonymous foundling to one of privileged gentleman. His roving eye gets the better of his good nature however, and an amorous indiscretion with a local girl results in exile from his beloved home.

In Tom's absence his true love Sophia is unwillingly betrothed to her loathsome cousin Blifil and flees to London to escape his clutches. Tom follows in hot pursuit, embarking on a series of adventures and misadventures from which he emerges redeemed by love.

Set in the beautiful landscapes of Warwickshire, Oxfordshire and Dorset, this sumptuous new BBC TV production brings to sparkling life one of literature's great comic talents.

© A BBC co-production with the Arts and Entertainment Network (US)

History of Tom Jones, a Foundling, The

Or find "History of Tom Jones, a Foundling, The" on VHS and DVD / BluRay at Amazon.