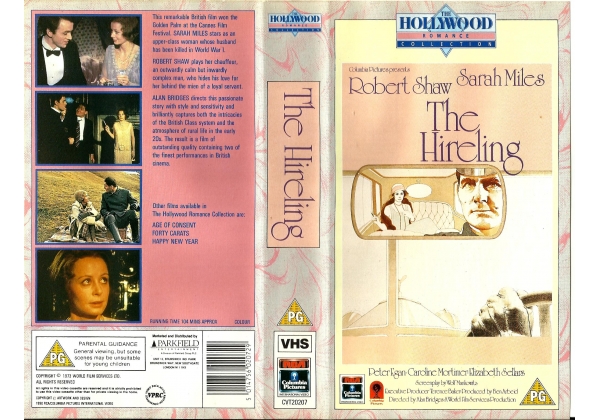 Sleeve Sypnosis:
This remarkable British film won the Golden Palm at the Cannes Film Festival. SARAH MILES stars as an upper-class woman whose husband has been killed in World War I. ROBERT SHAW plays her chauffeur, an outwardly clam but inwardly complex man, who hides his love for her behind the mien of a loyal servant. ALAN BRIDGES directs this passionate story with style and sensitivity and brilliantly captures both the intricacies of the British Class system and the atmosphere of rural life in the early 20s. The result is a film of outstanding quality containing two of the finest performances in British cinema.

Or find "Hireling, The" on VHS and DVD / BluRay at Amazon.