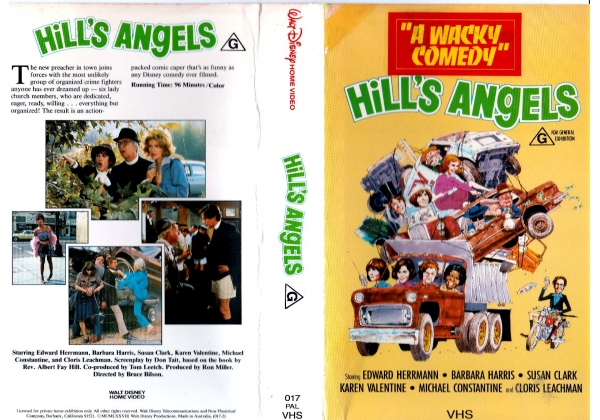 Sleeve Sypnosis:
The new preacher in town joins forces with the most unlikely group of organized crime fighters anyone has ever dreamed up - six lady church members, who are dedicated, eager, ready, willing... everything but organized! The result is an action-packed comic caper that's as funny as any Disney comedy ever filmed.

Or find "Hill's Angels" on VHS and DVD / BluRay at Amazon.