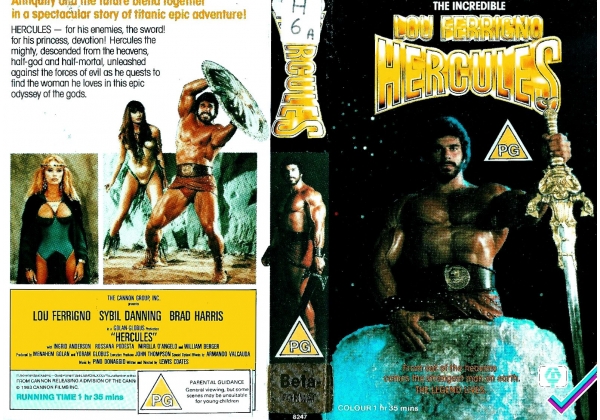 Sleeve Sypnosis:
Antiquity and the future blend together in a spectacular story of titanic epic adventure! HERCULES - for his enemies, the sword! for his princess, devotion! Hercules the mighty, descended from the heavens, half-god and half-mortal, unleashed against the forces of evil as he quests to find the women he loves in this epic odyssey of the gods.

Or find "Hercules" on VHS and DVD / BluRay at Amazon.