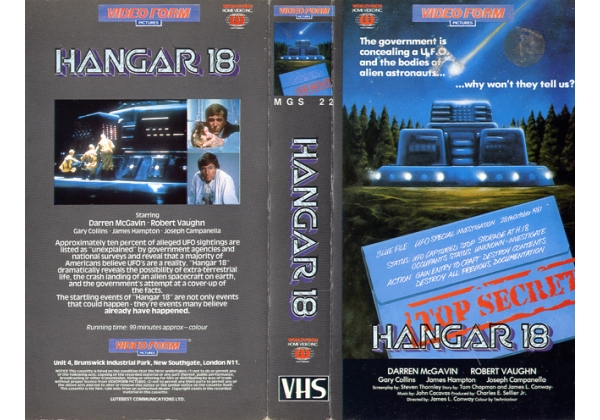 Sleeve Sypnosis:
The government is concealing a U.F.O. and the bodies of alien astronauts... ...why won't they tell us the truth?
Approximately ten percent of alleged UFO sightings are listed as "unexplained" by government agencies and national surveys and reveal that a majority of Americans believe UFO's are a reality. "Hangar 18" dramatically reveals the possibility of an alien spacecraft on earth, and the government's attempt at a cover-up of the facts. The startling events of "Hangar 18" are not only events that could happen - they're events many believe already have happened.