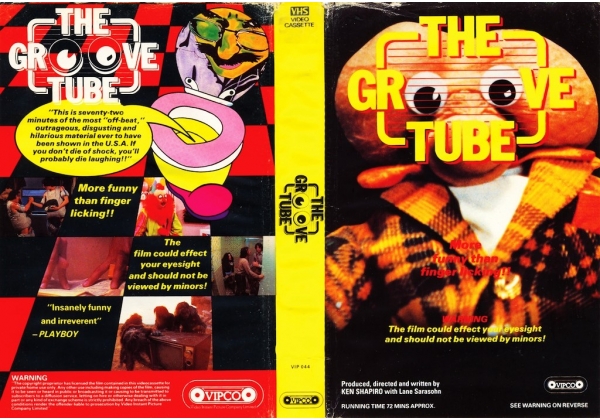 Sleeve Sypnosis:
"This is seventy-two minutes of the most "off-beat", outrageous, disgusting and hilarious material ever to have been shown in the U.S.A. If you don't die of shock, you'll probably die laughing!!"

The film could effect your eyesight and should not be viewed by minors! 'Insanely funny and irreverent"- PLAYBOY

Or find "Groove Tube, The" on VHS and DVD / BluRay at Amazon.