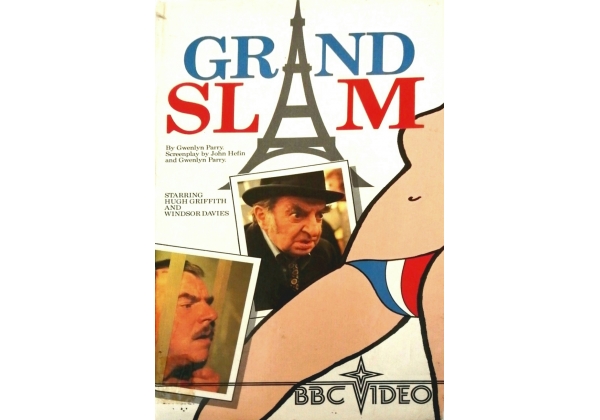 Sleeve Sypnosis:
Rugby isn't a matter of life and death. It's more important than that. A pitload of Welsh rugby fanatics fly to Paris to see Wales beat the 'Froggies'... no question about it... But, will Carodog, a West Walian undertaker of high principles and, sometimes, low practice, re-capture his romantic memories of wartime France? Will Glyn, a minor sex maniac for whom women are second only to ruby, score the grand slam? Will Maldwyn, gay boutique owner ordinaire, grasp this opportunity to escape the humdrum of Welsh town life to the high fashion houses of gay Paris? Will Mog, in his day another of the best uncapped players in Wales, make it to the match? Will any of them make it home at all?

Or find "Grand Slam" on VHS and DVD / BluRay at Amazon.