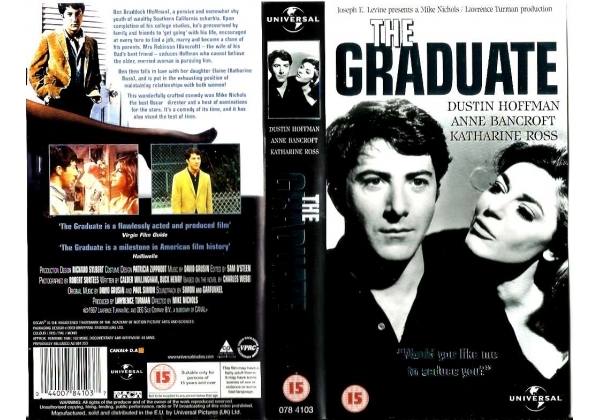 Sleeve Sypnosis:
"Mrs. Robinson, you didn't really think I would do something like that, did you?"

1960's California. Benjamin's got excellent grades, very proud, well-to-do parents and, since helped their friend Mrs Robinson with her zipper, a fine future behind him. Then, just when he thinks he has her under control, her cute daughter Elaine arrives and things get really complicated... This quintessential Sixties comedy of one boy's accidental sexual revolution was a cult book, a classic, Oscar-winning film (Mike Nichols, Best Director) and now a sizzling stage production.

Or find "Graduate, The" on VHS and DVD / BluRay at Amazon.