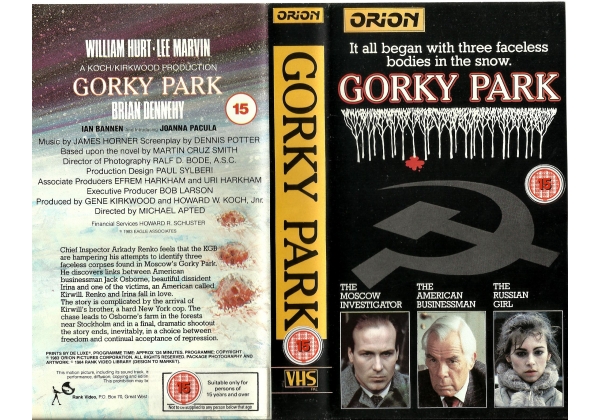 The story is complicated by the arrival of Kirwill's brother, a hard New York cop. The chase leads to Osbourne's farm in the forests near Stockholm and in a final, dramatic shootout the story ends, inevitably, in a choice between freedom and continual acceptance of repression.

Or find "Gorky Park" on VHS and DVD / BluRay at Amazon.