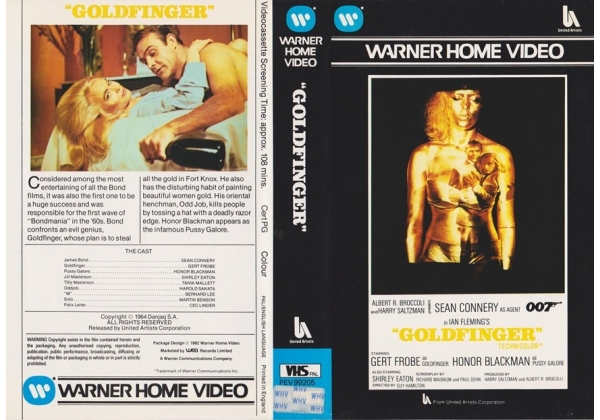 Sleeve Sypnosis:
Considered among the most entertaining of all the Bond films, it was also the first one to be a huge success and was responsible for the first wave of Bondmania in the 60s. Bond confronts an evil genius, Goldfinger, whose plan is to steal all the gold in Fort Knox. He also has the disturbing habit of painting beautiful women gold. His oriental henchman, Odd Job, kills people by tossing a hat with a deadly razor edge. Honor Blackman appears as the infamous Pussy Galore.