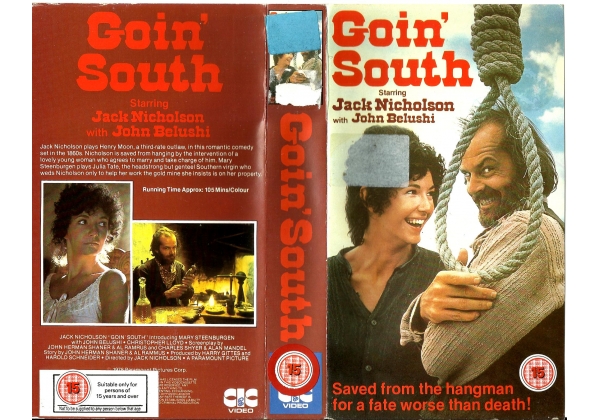 Sleeve Sypnosis:
Saved from the hangman for a fate worse than death!

Jack Nicholosn plays Henry Moon, a third-rate outlaw, in this romantic comedy set in the 1860's. Nicholson is saved from hanging by the intervention of a lovely young woman who agrees to marry and take charge of him. Mary Steenburgen plays Julia Tate, the headstrong but genteel Southern virgin who weds Nicholson only to help her work the gold mine she insists is on her property.

Or find "Goin' South" on VHS and DVD / BluRay at Amazon.