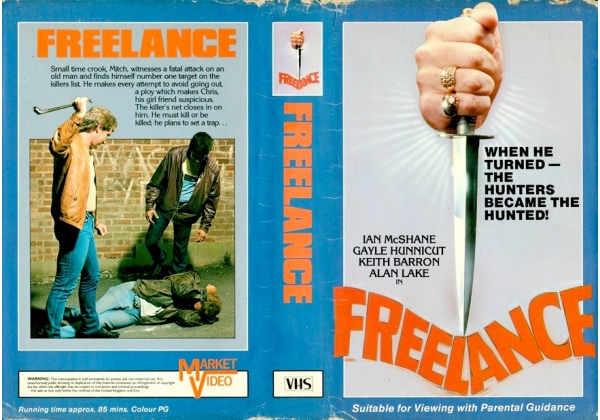 Sleeve Sypnosis:
Small time crook, Mitch, witnesses a fatal attack on an old man and finds himself number one target on the killers list. He makes every attempt to avoid going out, a ploy which makes Chris, his girl friend suspicious. The killer's net closes in on him. He must kill or be killed; he plans to set a trap...

Or find "Freelance" on VHS and DVD / BluRay at Amazon.