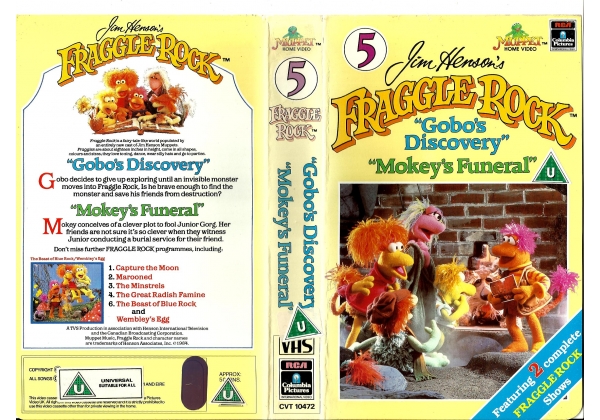 Gobo decides to give up exploring until an invisible monster moves into Fraggle Rock™. Is he brave enough to find the monster and save his friends from destruction?

Mokey conceives of a clever plot to fool Junior Gorg. Her friends are not sure it's so clever when they witness Junior conducting a burial service for their friend.

Fraggle Rock™ and the character names are trademarks of Henson Associates, Inc.