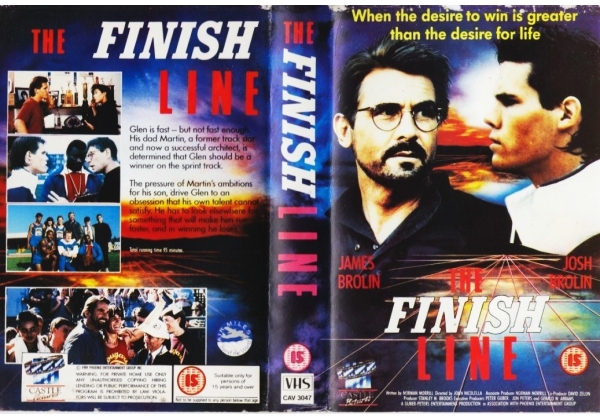 Glen is fast - but not fast enough. His dad Martin, a former track star and no a successful architect, is dtermined that Glen should be a winner on the sprint track. The pressure of Martin's ambitions for his son, drive Glen to an obsession that his own talent cannot satisfy. He has to look elsewhere for something that will make him run faster, and in winning he loses.

Or find "Finish Line, The" on VHS and DVD / BluRay at Amazon.