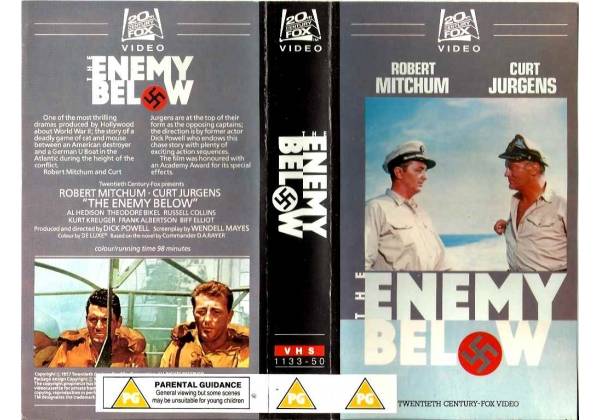 Sleeve Sypnosis:
One of the most thrilling dramas produced by Hollywood about World War II; the story of a deadly game of cat and mouse between an American destroyer and a German U Boat in the Atlantic during the height of the conflict. Robert Mitchum and Curt Jurgens are at the top of their form as the opposing captains; the direction is by former actor Dick Powell who endows this chase story with plenty of exciting action sequences. The film was honoured with an Academy Award for its special effects.