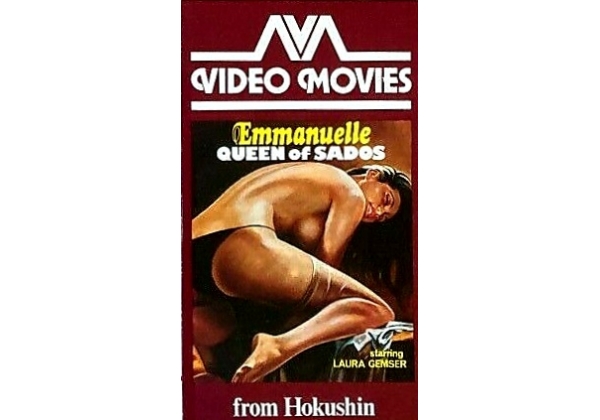 Sleeve Sypnosis:
Being exposed to her husband's perverse intentions. Emanuelle's life becomes unbearable. As her husband goes to the extreme of making their fifteen year old daughter witness a sadistic ritual. Emanuelle decides to create a plot to get rid of him. A killer is hired "the killer with the Red Rose" whose service is paid with sex and money. But the killer turns out to be a blackmailer. And again, Emanuelle finds herself in the hands of a wild sex maniac. Also the young and innocent Livia, Emanuelle's step-daughter, becomes a victim of this sex criminal and the beautiful woman is forced again to take deadly revenge.

Or find "Emmanuelle: Queen of Sados" on VHS and DVD / BluRay at Amazon.