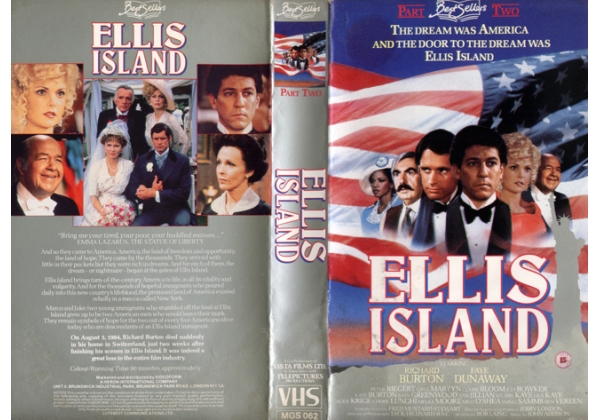 "Bring me your tired, your poor, your huddled masses " EMMA LAZARUS, THE STATUE OF LIBERTY. And so they came to America. America, the land of freedom and opportunity, the land of hope. They came by the thousands. They arrived with little in their pockets but they were rich in dreams. And for each of them, the dream or nightmare began at the gates of Ellis Island. Ellis Island brings turn-of-the-century America to life, in all its vitality and vulgarity. And for the thousands of hopeful immigrants who poured daily into this new country's lifeblood, the promised land of America existed wholly in a mecca called New York. Marco and Jake, two young immigrants who stumbled off the boat at Ellis Island grew up to be two American men who would leave their mark. They remain symbols of hope for the two out of every five Americans alive today who are descendants of an Ellis Island immigrant. On August 5, 1984. Richard Burton died suddenly in his home in Switzerland, just two weeks after finishing his scenes in Ellis Island. It was indeed a great loss to the entire film industry.

Or find "Ellis Island: Part Two" on VHS and DVD / BluRay at Amazon.