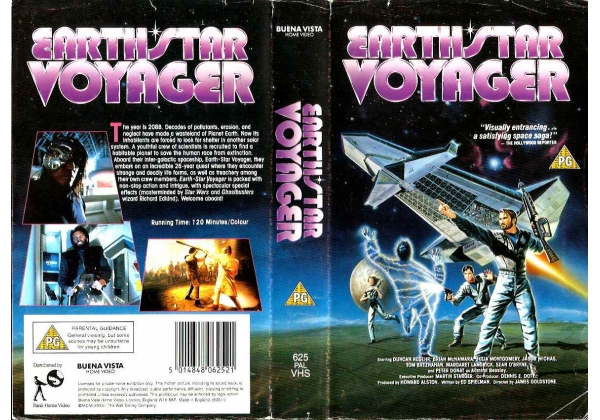 The year is 2088. Decades of pollutants, erosion, and neglect have made a wasteland of Planet Earth. Now inhabitants are forced to look for shelter in another solar system. A youthful crew of scientists is recruited to find a habitable planet to save the human race from extinction. Aboard their inter-galactic spaceship, Earth-Star Voyager is packed with non-stop action and intrigue, spectacular special effects (masterminded by Star Wars and Ghostbusters wizard Richard Edlund). Welcome aboard!

Or find "Earth Star Voyager" on VHS and DVD / BluRay at Amazon.