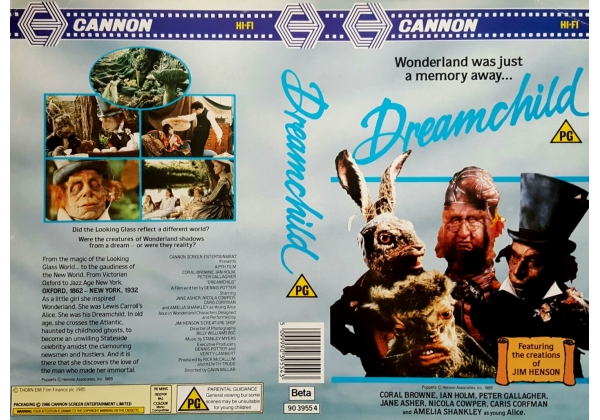 Sleeve Sypnosis:
Did the Looking Glass reflect a different world?

Were the creatures of Wonderland shadows from a dream - or were they reality?

From the magic of the Looking Glass World. . . to the gaudiness of the New World. From the Victorian Oxford to Jazz Age New York. OXFORD, 1862 - NEW YORK, 1932 As a little girl she inspired Wonderland. She was Lewis Carroll's Alice. She was his Dreamchild. In old age, she crosses the Atlantic, haunted by childhood ghosts, to become an unwilling Stateside celebrity amidst the clamouring newsmen and hustlers. And it is there that she discovers the love of the man who made her immortal.

Or find "Dreamchild" on VHS and DVD / BluRay at Amazon.