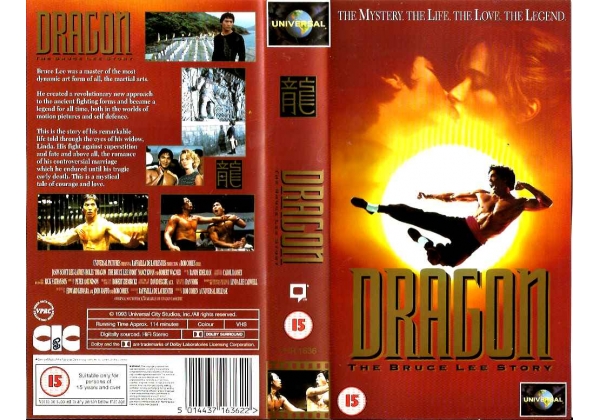 Sleeve Sypnosis:
The Mystery, the life. The Love. The Legend.

Bruce Lee was a master of the most dynamic art form of all, the martial arts. He created a revolutionary new approach to the ancient fighting forms and became a legend for all time, both in the worlds of motion pictures and self defense.

This is the story of his remarkable life told through the eyes of his widow, Linda. His fight against superstition and fate and above all, the romance of his controversial marriage which he endured until his tragic early death. This is a mystical tale of courage and love.

Or find "Dragon: The Bruce Lee Story" on VHS and DVD / BluRay at Amazon.