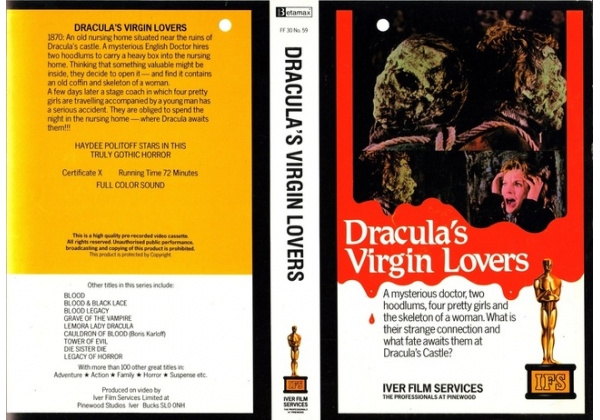 Sleeve Sypnosis:
1870: An old nursing home situated near the ruins of Dracula's castle. A mysterious English Doctor hires two hoodlums to carry a heavy box into the nursing home. The two men thinking that something valuable might be inside the box decide to open it. It contains an old coffin and skeleton of a woman. A few days later a stage coach in which four pretty girls are travelling accompanied by a young man has a serious accident. The five people are obliged to look for a place to spend the night. They reach the nursing home where Dracula awaits them...

Or find "Dracula's Virgin Lover's" on VHS and DVD / BluRay at Amazon.